The Edwardian era is the period covering the reign of King Edward VII, commencing in 1901 – after the death of Queen Victoria – and ending with the King’s death in 1910.

The first two years of the Edwardian era included two national events of great contrast: a Royal funeral and a coronation.

During Edwardian era, when someone died, among your personal grief, there was also a ritual to follow, like a mourning etiquette.

After someone in your family died, you should write to all friends and relatives on black edged paper, it didn’t need to be a full letter, just a short note stating the event. Invitations to the funeral are sent out in a couple of days. If you were the friend or relative receiving the death notice, then you should personally call at the house of the deceased to offer your sympathy and offer your services. The offer of services was especially expected of men, because they could often provide practical help to the bereaved.

Sometimes the bereaved family did not want visitors, or sometimes, it was just not possible for you to personally call at the house. In this case you should write your condolences. If you did not know the deceased person well, you could send your calling card with the word “Sympathy” written across it. If, however, you were very close, you could write a short note that would bring comfort to the deceased’s family. Something like:

“My dear Mrs. Smith – we are distressed to hear of the sad loss you are going through. Both Mr. Brown and myself wish so much that we might lighten the burden that has fallen. Our associations with your husband were so pleasant that we feel a personal grief and realize something of what you are going through.

Believe me, with deepest sympathy,

Formal offerings were usually sent to the house on the day of the funeral. If you were a close friend, you might bring some loose cut flowers. From the hour of death until the funeral, the family of the deceased would rarely be seen out on the street. The family would not organise the funeral themselves. A reliable and trusted male friend would do things such as arrange the funeral day, the burial or cremation and find an undertaker.

A female friend would order mourning clothes for the family. The only thing the family did was to arrange the seating plan at the funeral and also arrange carriages for their closest friends.

Mourning was an expensive activity and also wasteful because it also had to be fashionable.  Identical in fashion styling to the modes of the day, it used different colours and materials.  When more than one death occurred in a family with little space between them, mourning clothes would inevitably be worn for several years non stop.  As normal clothes were put away they would often be out of fashion by the time mourning was over so they were sometimes remodelled and often discarded.

For the funeral, ladies could wear a plain black dress with a full black veil. You could also have with you a black bordered handkerchief.

Men should wear a black suit, gloves, tie and hat. The hat should have a black mourning band around it. 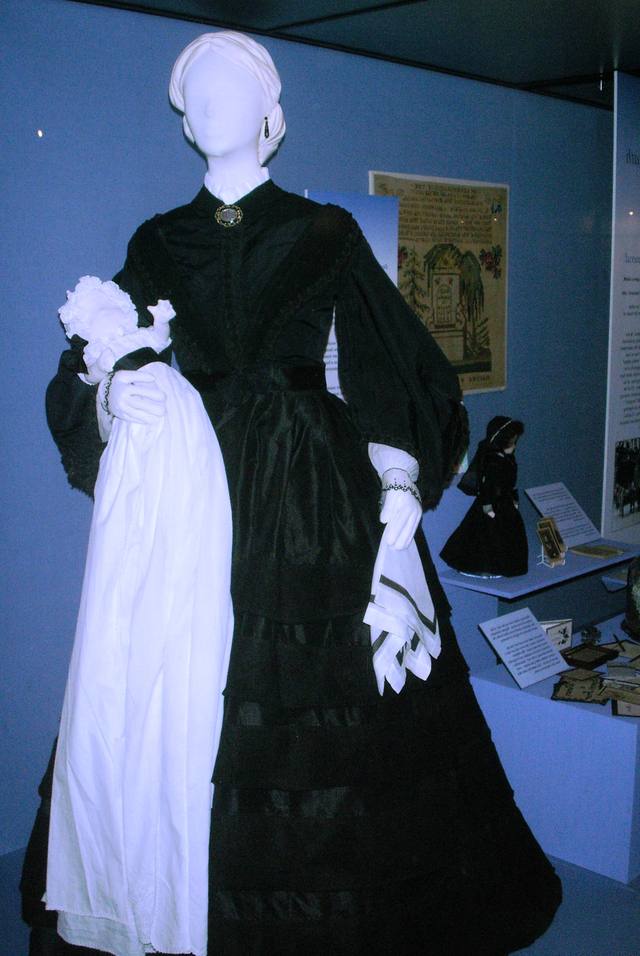 After the funeral, it was up to the individual as to whether they wanted to wear full mourning clothes or not. If you did, then you should stick to its strict rules, which meant not going out to dances, dinners, and afternoon teas etc… So if you couldn’t do without your social delights, it was better to not wear mourning at all.