Charles Spurgeon was a prominent English Particular Baptist preacher. He was considered to be very influential among the Christians of various denominations during his age.

He was commonly called the “Prince of Preachers”. A strong figure in the Reformed Baptist tradition, he had defended the Church on several occasions keeping in agreement with the 1689 London Baptist Confession of Faith.

He had opposed the liberal and the pragmatic theological advances of the Church during his time. Spurgeon had been the pastor of the New Park Street Chapel congregation in London for about 38 years.

A part of several controversies with the Baptist Union of Great Britain, he had later left the denomination. A charity organization was later started by him called the Spurgeon’s.

He had also founded the Spurgeon’s College, which had been named after him posthumously. He was a prolific author and had many works that included sermons, commentaries, books on prayers poetry, hymns and even an autobiography.

Spurgeon had produced powerful sermons that were translated into many languages during his lifetime.

Charles Haddon Spurgeon was born on January 6, 1850, in Kelvedon, Essex. His conversion came from nominal Anglicanism at the age of 15.

He was said to be en route to a scheduled appointment when he was cut short by a snowstorm and he turned into the Primitive Methodist chapel in Artillery Street, Colchester, where he reflected to have got the first message from God. 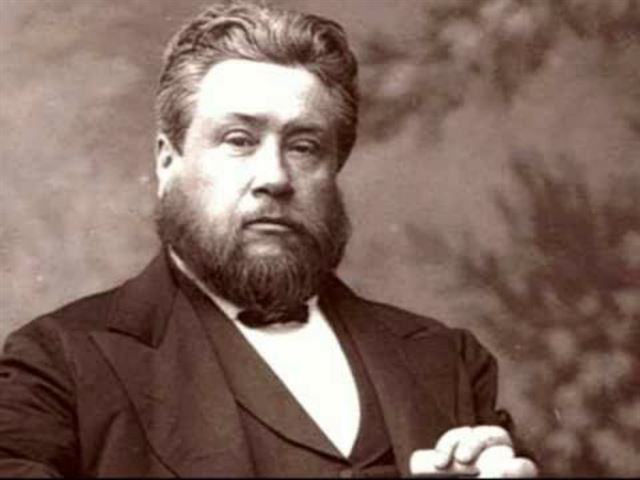 His baptism followed quickly and he had later moved to Cambridge to become a Sunday school teacher. The first sermon ever preached by Spurgeon was in the winter of 1850 at the cottage of Teversham.

Spurgeon was filling in for a friend at the time and his abilities caught the public eye. His style had always been considered to be above average.

Charles Spurgeon had been installed as pastor of a small Baptist church at Waterbeach, Cambridgeshire the same year. This is where he had published the Gospel tract, his first literary tract in 1853.

After preaching three months on probation and with only four years of his conversion, Spurgeon was called to the pastorate of the New Park Street Chapel in London.

He gained wide fame within a few months of his arrival at Park Street. The sermons Spurgeon printed were published every week and had high circulation. There were about 3600 sermons by the time of his death in 1892.

Criticism followed his fame closely, the first of which could be found in an issue of the Earthen Vessel in January 1855. Spurgeon used plain devices to appeal to the people and used the Bible to spread the teachings of Jesus Christ.

Spurgeon married Susannah, the daughter of Robert Thompson on January 8, 1856. The couple had two twin sons, Charles and Thomas.

A tragedy had struck him in the same year 1856. Someone had yelled ‘Fire’ on October 19, 1856, during one of his sermons and the resulting panic and stampede had killed several people.

The congregation moved permanently to the Metropolitan Tabernacle on March 18, 1861. Spurgeon continued to deliver sermons until his death.

He did not ever give altar calls when his sermons used to conclude. But the invitation was open to anyone who had an interest in Christ through the preaching of Christ.

He would always have a visitor on the following day. Spurgeon used to write down his sermons, but he would preach only using a note card that had an outline. There were stenographers who took down the sermons and Spurgeon would edit them before the immediate publication.

Controversies started spewing with the first ‘Down-grade’ article published in The Sword & The Trowel in 1887. The Metropolitan Tabernacle was disaffiliated from the Baptist Union, which made Spurgeon’s congregation as the world’s largest self-standing church. He was also opposed to slavery and lost support from the Southern Baptists. The sale of his sermons dropped and he even received threats and insults through letters.

Susannah, Spurgeon’s wife was too ill to hear his preachings in the end. He himself suffered towards the end of his life from gout, rheumatism and Bright’s disease.

He was also known to have liked cigars and died at Menton near Nice, France on January 31, 1892. Spurgeon’s son Tom became the pastor of the Metropolitan Tabernacle after his father’s death.